MANCHESTER United have lodged an official protest with FIFA following their traumatic 1-0 defeat to the formidable Singha All Star XI.

They had hoped their tour of the Far East would kick off against low calibre opponents, hopefully elderly waiters, schoolchildren or Celtic.

However, on reaching Thailand, they were shocked to realise that they would be facing a team consisting entirely of stars.

Man Utd manager David Moyes said, We’re just a team of honest, Lancastrian journeymen from the North West of England. We never expected to be facing football’s equivalent of the Harlem Globetrotters.

We looked at the teamsheet and we were astonished. Teeratep Winothai. Narit Taweekul. When they said All Star they meant it.

Wayne Rooney was so terrified he locked himself in the disabled toilet.

“We don’t have stars in our team. We have players like Danny Welbeck and Phil Jones. Not All Star razzmatazz names like Daosawang, Thonglao and Phanrit.

Fortunately, the Singha All Stars caught the look of abject terror in their Mancunian opponents and went easy on them, even letting them have a touch of the ball now and then.

Moyes said: They could have run out 15 or 20 nil winners if they’d wanted but they realised it was a scandalous mismatch.

After the game, they kindly agreed to have their photographs taken with us and autograph our shirts. The lads were thrilled, they said it was like meeting Roger De Courcey, Smokie or Little And Large.”

Every ounce of fat on women's bodies now given cutesy name 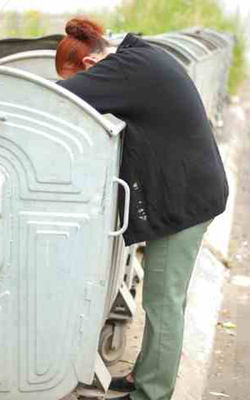 THE announcement that women’s double chins are to be called ‘mashed mellows’ means every bit of lady fat now has a cute-but-hateful name.

The new term represents the culmination of a 13-year project, jointly funded by Heat magazine and the Daily Mail sidebar, thanks to which women can now feel ashamed of 165 separate body parts.

Professor Henry Brubaker of the Institute for Studies said: “From muffin top to bingo wings, from cankles to cheesecake thigh, women now have a different passive-aggressive nickname for every bit of them that’s getting it wrong.

The benighted era when women didnt know how vile it is to have thighs that touch is banished forever now theyre called friction flaps.

“Yes, from the marzipan folds at the back of the neck to the bacon sandwich that only your boyfriend sees, all the parts have been named and shamed.

Publishing assistant Joanna Kramer said: Im at the gym for two hours before work and three hours after, and I thought I had my body beaten. But now I realise I have hamster pouches on my knees, butter horns on my temples and an unacceptable amount of underboob.

I cant eat any less or exercise any more, so Im going home to perform life-threatening self-surgery with my Sabatier paring knife. Thanks for helping me become the woman I deserve to be.