Workers in hazmat suits with bags of wadded up tissue worked through the night, mopping at the journalist joy fluids that were in places ankle-deep.

Building manager Roy Hobbs said: It looks like a Stone Roses album cover in there.

This is the biggest clean-up operation weve had to do since Avram Grant left and the whole place had to be fumigated to remove the smell of hooker.

Englands football press had been maintaining a lazy half-lob since the first hints Mourinho might return to Chelsea, keeping themselves on a slow spin cycle by attending Paolo di Canio team talks.

When the Chelsea manager coined his new catchphrase, dubbing himself The Saucy One, the build up of Fleet Street reproductive juices was at such dangerous levels that several reporters had to file their copy from the toilets.

The perspex ‘sneeze guard’ borrowed from the Chelsea canteen salad bar to protect the incoming manager was so heavily soiled that it was several minutes before many realised he had left the room.

Journalist Wayne Hayes said: I’m exhausted and I badly need some Vitamin E pills. I haven’t looked this pale and wan since I was a teenager.”

UK shale gas could last as long as a spaniel 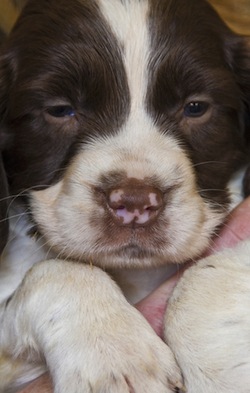 THE UK’s shale gas reserves could last as long as the average lifespan of a springer spaniel.

Firms are ready to begin blasting away at the Earth’s crust, risking widespread pollution, after it was confirmed there is enough gas to last a whole 10 years.

Professor Henry Brubaker of the Institute for Studies said: “This is Sparky. He’s just six weeks old. It’s amazing to think that if we started pumping that gas right now we would probably still have a little bit left when I take him to the vet in 2023.

“I had no idea there was a number that large – and I’m a professor.”

Roy Hobbs, a gas user, said: “I thought there was only about two weeks’ of the stuff down there. Rip open the Earth immediately.”

His wife Mary, added: “It’s fine because we were going to switch everything off in about 10 years time anyway.”

Meanwhile, engineer Martin Bishop explained: “To get to the gas you have to go all the way to the bottom of the sea and then drill like a bastard.

“Meanwhile, above the sea floor that you’re ripping apart with an absolutely gigantic machine, there are lots and lots of waves.

“It’s the movement of the waves that makes the electricity, which means you don’t have to drill through them. But even if you did, it would be really easy.

“Also, these waves will continue to move around, by themselves, for at least another 200 million spaniels.”