ENGLAND fans are lost in reassuring fantasies where suddenly Gareth Southgate appears to fix everything in a humble, middle-aged way. Here are six of them:

Your car’s broken down in the middle of nowhere and you’ve been towed to a rural garage. Can it be fixed? What will it cost? Will you need to find a hotel? And there, turning and wiping his oily hands on his overalls, is Southgate, who tells you it’ll be fixed by 7pm for £65 all in.

At a bar you’re chatting someone up and make the mistake of claiming to be the inventor of the mp3. Your date’s doubts are instantly cleared when barman Gareth Southgate turns to you and asks ‘Still making those mp3 millions, eh?’ before mixing two perfect Negronis.

You click the wrong button at work and the system begins busily deleting the entire years’ accounts. Panicked, you run to IT and see the waistcoat-clad Southgate smiling at your foolishness, which he spotted straight away. ‘Careful next time,’ he warns paternally.

You enter a restaurant and see your wife dining with another man. What? Is this why she’s been so secretive lately? He turns and you see it’s Gareth Southgate, who gives you a broad wink and texts explaining they’re planning your surprise birthday party. It goes brilliantly.

Your plane crash-lands in the Pacific Ocean and you’re washed up on an island. A bearded figure helps you to shore: none other than Southgate himself, who builds a shelter, collects fresh water and hunts food, all the the while insisting it’s a team effort. You hope you’re never rescued.

The whole UK is in the grips of a pandemic, has cut itself off from its nearest economic partner and seems doomed. Until the prime minister appears and it’s not some blithering f**kabout baboon but calm, sensible Southgate. Everything gets fixed and it’s all fine. Thank God. Thank God for Gareth Southgate.

England fan touching objects to check if they're real 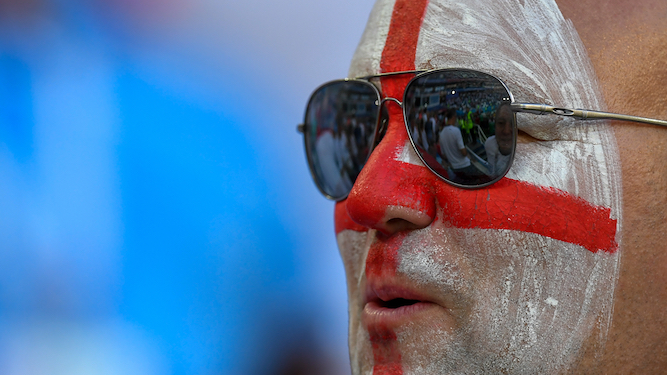 AN England fan is unable to believe the world truly exists if it is one where England won a European Championship quarter-final four-nil.

Jordan Gardner of Warwick keeps looking around sharply to catch glitches and poking things to see if they have solidity in between checking reports of last night’s game.

Girlfriend Grace Wood-Morris said: “I came in the room and he was flicking the light quickly on and off, because apparently that doesn’t work in dreams.

“I explained this wasn’t a dream, that England were through to the semis after scoring four against the Ukraine, and he told me that was against all the physical rules of the world we knew.

“He cited as proof our five clean sheets in five games, then grabbed my face and said ‘Quickly! Tell me something I wouldn’t know Grace knows!’ I told him f**k off.”

Gardner said: “England? Looking like they could actually win this shit? It can’t be real.

“I called my Scottish mate Andy and he agrees completely, but no matter how much he pinches himself he just can’t wake up from the nightmare.”