Allardyce losing wager on being sacked

SAM Allardyce is losing £20,000 a day from a wager on when he will get fired.

The duvet-faced manager placed the spread bet during summer training with West Ham’s squad, which consisted largely of watching them bump into each other and fall over a lot.

He believed he would be back on the sofa watching Soccer Saturday by November at the latest.

Allardyce said: “I’m going to have to try the nuclear option of actually picking Andy Carroll because this is costing me a fortune.

“I’d hoped that sending eleven lads that were hanging around outside the Boleyn Ground out against Man City would have done the trick but clearly it’s time to go galoot.”

The transfer window might help Allardyce as he approaches the board with transfer targets including Lionel Messi, the ashes of Malcolm Allison and yet more Liverpool players.

However, some claim that West Ham’s owners have a larger bet with another syndicate that he will keep his job until the end of the season even if it means building him a bullet-proof dugout.

Fans have taken such a dislike to Allardyce that they have written a ten-minute chant entitled You’re a Manager That Utilises a Certain Style of Football and While Your Record in Gaining Promotion from the Championship Is Laudable You Are Best Suited Elsewhere, and You Know You Are.

Allardyce said: “If all else fails I’ll have to kiss goodbye to my family, ensure my affairs are in order and attend the next home game in my ‘Bobby Moore Was Shit’ t shirt.”

New boss wants you to know he likes football 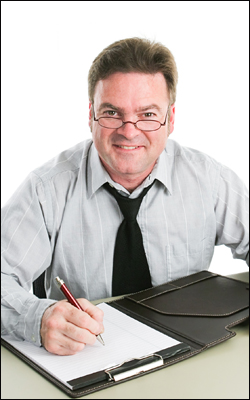 YOUR new boss claims to be an ordinary bloke on the basis that he supports West Ham.

The white male in his early 50s, brought in to restructure your department which means firing people, mentioned his love of “the Hammers” several times in his ominous opening speech.

Members of your team are already planning to include your boss in Friday afternoon discussions about football in the mistaken belief that will make their jobs safer.

“After he’d told me about the across-the-board budget cuts for the next financial year, I asked when he last went to a football match.

“He said that he doesn’t get there as often as he’d like to but the company’s new £20,000 corporate hospitality box at Upton Park should change that.

“I don’t know anything about football. I don’t know if that makes him less likely to fire me, or more.”

In a conversation already scheduled for early March, your new boss will soften the blow of your impending redundancy by comparing it to Harry Redknapp selling Julian Dicks to Liverpool.