Back us or Benitez, warn managers

UNDER-fire managers have issued stark ultimatums to their
boards as the giant face of Rafael Benitez loomed over the horizon.

Blackburn Rovers have already taken the precaution of confirming Steve Kean until the end of the season and several photocalls have been hastily arranged to show smiling club directors giving their manager a piggyback.

Gristly amphibian, Avram Grant, said: “I may be a tugshop-dwelling sack of gloom overseeing a mob of directionless injuries toward the basement of the league but at least I’m not Mr Cheeks.

“To be honest, it makes me think I can put my feet up between now and May just knowing he’s out there roaming the land with his sock puppet assistant and his bag full of lipstick-painted ferrets.”

Benitez was hired by Inter Milan six months ago on the rebound from being dumped by Jose Mourinho after they fell for what they initially thought was his quirky charm.

However, after he spent several weeks trying to spin the San Siro slightly to the left to catch more sunlight in the afternoon and insisted that the entire staff start speaking Swedish to confuse the opposition, it became clear that they had hired a Great Wall of China’s worth of stool-smearing lunatic.

Liverpool has been mooted as one potential destination for Benitez and his animatronic mouse recreation of the final scene Reservoir Dogs after Roy Hodgson got lost on the bus into work and had to get Sammy Lee to pick him up from the depot.

Lee said: “We’ve only just replaced the rubber padding on the walls with the faint smell of urine and Ralgex. Sometimes I wonder whether it’s only a matter of time before we get a big bottle of ebola virus to manage the side and be done with it.”

Benitez has refused to acknowledge the possibility of a move away from Milan, mainly due to the fact he believes he is currently playing the lead role in a off-Broadway production of Cabaret. 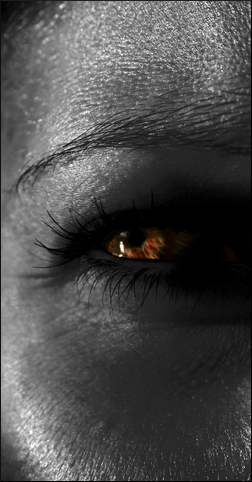 HERBAL remedy Echinacea is infallible when used against malevolent wraiths trapped between this world and the next, according to new research.

Just two droplets within a chalk circle can destroy evil and terrifying spirits up to and including level four on the Breville-Hawkins Ghostometer.

The Institute for Studies conducted a series of rigorous tests at creepy locations, including old mental hospitals and banks built on plague pits, where demonic things were known to be present.

Professor Henry Brubaker said: “This is an invaluable tool for fighting the forces of darkness.

“In the presence of an evil entity, like for example the ghost of a medieval monk who liked to drink children’s blood, the kelphers will fly at the spirit and attach themselves to its sinuses, causing instant blockage and subsequent retreat.

“My eldest was possessed by the spirit of a disgruntled Hopi Indian chief last spring. I put a few drops of echinacea on his pillow and the writhing and speaking in tongues had stopped within a week.

“He still wants a tomahawk for Christmas, but overall I’d give it eight out of 10.”