Benitez Signs On For Five More Years Of Buck-Passing

RAFAEL Benitez has signed a new contract which will see him blame other people for Liverpool’s failures until 2014.

The coach, linked recently to Real Madrid, said his love for the city, for the fans and for apportioning his shortcomings to a varied cast of largely irrelevant bystanders was 'impossible to resist'.

After months of wrangling, Liverpool chiefs agreed to new clauses which will allow Benitez to berate one board member a month for the team's failure to beat a recently-promoted Championship side.

He will also be allowed to blame Sir Alex Ferguson's eyebrows, the influence of Mercury in Virgo and all refereeing decisions, including those that have nothing whatsoever to do with Liverpool.

One sticking point was the manager's control over transfer budgets, with previous signings including a blind, 80-year old Spanish midget, a large Spanish tomato with a picture of a footballer drawn on it and Jermaine Pennant.

It has also emerged that Benitez insisted the negotiations were conducted in front of a large screen showing the recent goals against Manchester United and Real Madrid, as he gestured periodically while muttering 'muchos dineros' to himself.

Owner Tom Hicks said: "I was never worried that Rafa would quit Anfield. We are, after all, paying him four million pounds a year to produce the kind of football that would cause an amphetamine-fuelled Jonathan Pearce to slip into a coma."

Man Utd boss Sir Alex Ferguson also welcomed the new contract adding that he was relishing another five years of attempting to gradually nudge his rival into complete insanity. 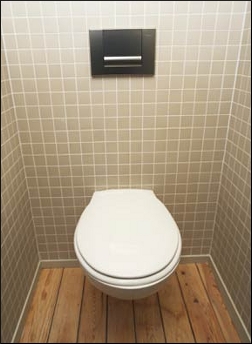 GOOGLE launched its new Street View service yesterday amid fresh speculation about exactly how evil it really is.

Critics claim that as the technology has no obvious practical use it must be part of an unspeakably diabolical master plan that could eventually lead to humans eating highly-processed food pellets made from other humans.

Despite Google’s repeated assurances that the cameras are not there all the time, millions of Britons are expected to wear paper bags on their heads while running in a darting, ziz-zag fashion in a bid to protect their privacy.

Emma Bradford, a sales assistant from Reading, said: “No-one has the right to know how often I go to Boots to buy my weekly supply of lubricants and thrush ointment. And I suppose this means I’ll have to go to the toilet with a bucket on my head.”

A Google spokesman said: “For the umpteenth time, no-one will be able to see you having a shit.

“Of course that does not include anyone who happened to be shitting in the street at the exact moment our camera van passed by. Even so, our face-blurring technology will protect the privacy of any Glaswegians involved.

“We will, however, collect data on all the streets you look at so our partner organisations can then try to sell you things related to that street such as manhole covers, used condoms and bags of fresh vomit.”

Used condom collector Bill McKay said: “Finally I will be able to observe the used condoms of Scunthorpe in their natural habitat instead having to browse through dozens of large, unwieldy catalogues.”