FIFA was banned from its own World Cup last night after giving millions of pounds worth of publicity to an unofficial product.

But Fifa revealed the women were part of a secret marketing campaign by Bavaria, the Dutch brewery that produces a premium pils lager with a fresh, clean flavour made with only the finest barley, home grown yeast and water from its own natural spring.

A Fifa spokesman said: “This was a blatant attempt to promote their unofficial range of products including Bavaria 8.6, a beer that is strong in both alcohol and flavour with distinct notes of dried fruit and liqourice.

“And if you’re driving don’t forget how dishonest they were in drawing your attention to their alcohol free beer which refuses to compromise on taste.”

Bill McKay, a television viewer from Peterborough, said: “I did notice them fleetingly during the Holland-Denmark game but the only thought that crossed my mind was maybe one day having sex with one of them and her asking half way through if it was okay if five or six of her friends joined in and eventually we all go and live on a beach in the South Pacific until I die of intercourse.

“I had no idea they had a secret plan to make me drink this delicious beverage which I had never heard of but which is, not surprisingly, sold in more than 100 countries around the globe.”

The Dutch women are believed to have acquired match tickets from some guy who got them from a man who sat next to a bloke in a pub who was in the queue at Heathrow behind Robbie Earle’s cousin’s friend’s chiropractor’s mechanic.

The ITV pundit was immediately sacked though his lawyers stressed his contract stipulated he would provide analysis of the Fifa World Cup and as Fifa was now banned from the tournament he should be reinstated without delay and handed a fresh batch of tickets that may or may not find its way into the hands of a bevy of giggly, big-titted Dutch women full of lovely beer. 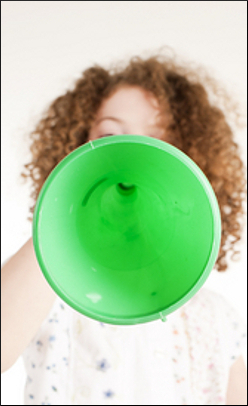 THE World Cup has seen a sharp rise in the number of people bringing their vuvuzelas to work with them.

The Confederation of British Industry said an increasing number of UK offices are coming alive to the vibrant sound of happy workers blowing into their plastic African trumpets without a care in the world.

Helen Archer, a solicitor from Hatfield, said: “It usually starts with one person blowing theirs for no particular reason, then a few more people join in and within 30 seconds you have an utterly deafening racket that lasts for seven or eight minutes before it gradually starts to fizzle out.

“At the moment, that’s happening about three or four times an hour.”

Nathan Muir, an accountant from Stevenage, said: “I bought this thing about three years ago to help me communicate less effectively with my wife, but I didn’t realise it had workplace applications. How fantastic.

“I shall obviously use it to fanfare my arrival and departure, but I think I’ll also take it with me to the lavatory so that I can proclaim the birth of my morning shit.”

Roy Hobbs, a marketing consultant from Finsbury Park, added: “I find it very useful when the office manager is trying to talk to me about my mileage claims.

“I fucking love this thing”