Give Belgium third place if they want it, England players agree

ENGLAND players have agreed that today’s third-place play-off should just be given to Belgium if they want it because it is no use to us.

The team have told Southgate that they will still play if they absolutely have to but they honestly find the whole thing unnecessary and humiliating.

Striker Jamie Vardy said: “Third place is worth competing for if you’re a kid in a sack race. But at this level? It’s an insult.

“But nonetheless we’re expected to drag our knackered bodies onto the pitch and pretend we want to win against Belgium, which we’ve already done once this bloody trip.

“Harry’s told us he doesn’t give a bugger about the Golden Boot because he doesn’t want to end up like Gary Lineker, so as far as we’re concerned we can toss for it and call it a day.

“If Belgium want to be second-place losers, they can be. This is bullshit.”

Belgium’s Marouane Fellaini said: “They don’t want it? Yeah well we don’t want it even more. This could turn into quite a match.”

I've met some dickheads in my time but wow, says Queen 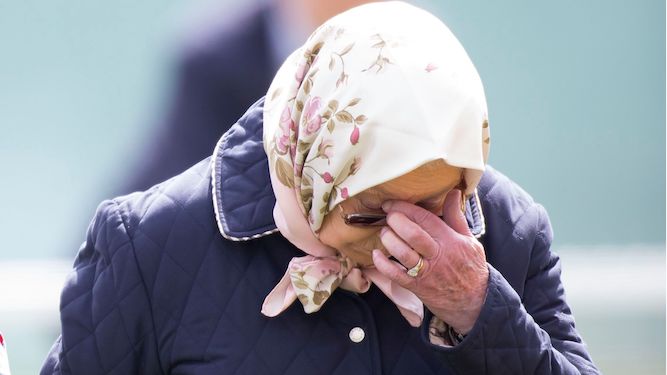 THE Queen is marvelling that, after 66 years on the throne, she has just met the biggest knobhead of her reign so far.

Her Majesty, who is 92 years old, thought she had seen it all before but admitted to servants that, boy, was she wrong.

She continued: “I have never in all my life spoken to such a colossal dickhead, and I’ve met Robert Mugabe.

“Seriously, all the guys that are history to you? Nixon and Harold Macmillan and the Shah of Iran? I’ve met the lot, and they were a parade of walking cocks in suits, but this guy?

“Like one minute in he’s telling me that he has the Royal Warrant on his golf course. No you haven’t, you knob, and you know how I know you haven’t? Because it’s my warrant because I’m the fucking Queen.

“This dick makes dictators look democratic. Honestly Ceasescu, Emperor Hirohito and General Pinochet put together have nothing on this tool. What an absolute twat.”