FOOTBALL pundit Jamie Carragher has insisted The Godfather Part III is the best film in the epic ‘trilogy’.

Carragher claimed he had watched ‘all three films’ many times and ‘could not see what was so special’ about parts one and two.

Moments later his Sky Sports colleague Gary Neville lunged at him with a screwdriver.

Returning to his chair after security guards pinned Neville to the floor, Carragher added: “Unlike the first two, part three has none of the horribly distracting atmosphere that almost jumps out of the screen at you.

“It’s just lots of hastily  written dialogue – which is always the best kind – interspersed with some shoot outs. That’s what you’re looking for in an epic saga of family, power and corruption.”

It is claimed that the ‘third part’ of the ‘trilogy’ was made in 1990 by some people who had completely forgotten everything about the central character, Michael Corleone.

Tom Logan, author of An Offer You Can’t Refuse: Making the Godfather Movies said: “There is no part three. Francis Ford Coppola talked about making it but then he changed his mind.

“So we can all agree that there are just the two perfect films which were never debased in any way by an appalling piece of shit.”

He added: “I’ve never heard of Jamie Carragher but he obviously inhabits a hellish fantasy world. Perhaps he should be sectioned.”

Carragher also believes that Val Kilmer was the best Batman and that some things tastes better than crisps. 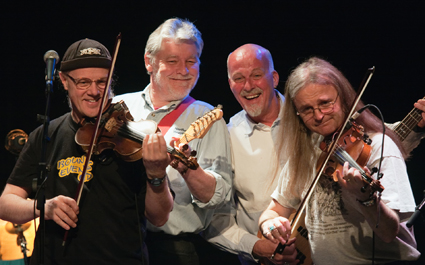 A spokesman for Rockstar North said: “We’ve just really gotten into songs about fair maidens, hedgerows and tinkers going a-wandering under the moonlight.

“It sounds weird but going on a virtual crime spree to a backdrop of morris dancing music is a surprisingly hypnotic experience.”