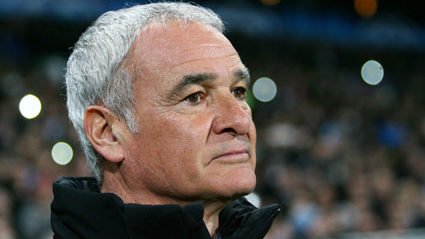 During Leicester’s 3-0 home defeat to Manchester United, a strange wailing sound echoed around the King Power Stadium as fans unsuccessfully attempted to boo their hero.

Roy Hobbs said: “I tried to show my discontent, but my vocal chords wouldn’t allow me. All I could do was emit this strained mewling sound.

“The team is in free fall, the players have lost belief, the tactics are all wrong – Ranieri has to go, but dear God I love him more than any other human on Earth.

“Even if Ranieri leads us down to the Conference I still won’t be able to boo him any more than I’ll be able to remove my tattoo or tell my son he’s not called Claudio.”

At Leicester’s FA Cup replay against Derby, fans had planned to unveil a ‘Ranieri Out’ banner, but the supporter in charge of painting it could not help putting ‘Ranieri Outstanding’.

Claudio Ranieri said: “After winning the title I have the freedom of Leicester and I’m taking that literally.

“If I choose to disband the club and replace it with a ballet company the fans have no choice but to turn up to Swan Lake.”

Man realises all his older relatives are fascists 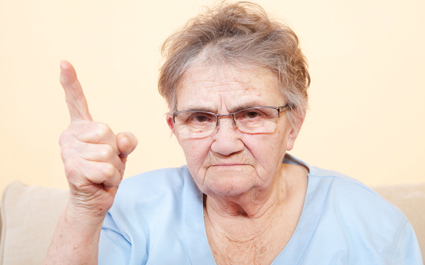 A MAN’S older relatives who seem quite nice all agree with Trump and have worryingly fascistic views, he has discovered.

Office worker Tom Logan’s ageing relatives are surprisingly keen on policies such as travel bans on Muslims, building a massive wall around Britain and introducing the death penalty for shoplifters.

“Uncle Bob agrees and thinks we should start deporting people and have big compulsory meetings where everyone wears Victorian outfits and sings patriotic songs about the empire.

“It’s quite disturbing because I thought they were more into gardening and coach trips than secretly planning the dictatorship out of V for Vendetta.

“Then there’s my mum, who’s obsessed with bringing back capital punishment. That’s not massively unusual, although showing public hangings on The One Show definitely is.

“Even nice old grandma Reeves is terrifyingly xenophobic. I didn’t even know people were genuinely prejudiced against the Welsh until she told me they’re all thieves.

“I’m dreading our next family meal out because the waiters must think we’re setting up some new neo-Nazi organisation.”