AFTER slipping to fourth in the Premier League and being knocked out of the FA Cup, Liverpool boss Jurgen Klopp has told his players to start trying.

As they prepare to clash with Tottenham, Klopp issued a stern defence of his team after their recent 3-2 cup defeat to rivals Manchester United by insisting they could not be arsed.

He said: “It is difficult to motivate the players when they are so much better than everyone else.

“I told them they could just chill a little bit and maybe make the season more interesting by losing to Southampton and Burnley. But then I looked at the table and I realised maybe it’s gone a bit too far.

“Trent Alexander-Arnold is the best wing-back in the world, I promise you, it’s just that we’ve been letting him play FIFA instead of going to training sessions.”

Klopp added that last season’s Premier League champions could have won the FA Cup if they had wanted to but decided to watch Married at First Sight Australia on Netflix instead of attending a pre-match tactics seminar on how to shut down United’s counter-attack.

How to fake enjoyment while being shown baby photos 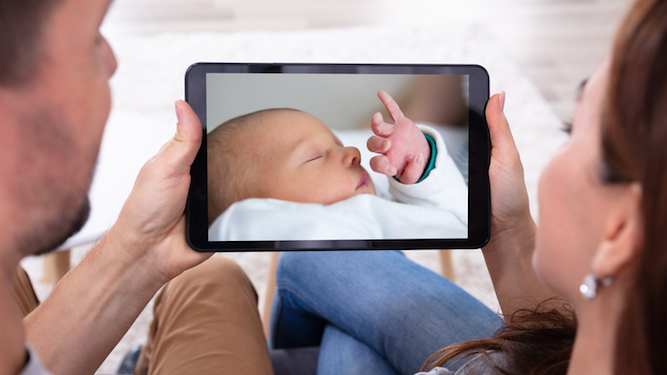 PARENTS think looking at photos of their newborn is a non-stop thrill ride, when in fact you’d rather be getting a root canal. Here’s how to end the ordeal quicker by pretending to enjoy it.

Say something about its face

Just lie about how adorable its crumpled-up expression is. Don’t mention which parent’s eyes or nose it has inherited though – this is like catnip to proud parents and you could be discussing it for another hour.

Think of an action movie

Remember how happy you were the first time you watched Battle Royale or Terminator 2? Channel those memories of actual excitement into your facial features to simulate joy. Don’t say their child looks cooler than the T-1000’s liquid metal effect though or they’ll get suspicious.

Marvel at the image resolution

Camera phones are truly incredible these days, so take a moment to appreciate just how crisp and clear the incredibly boring photos are. Perhaps let out an impressed gasp, shake your head in awe and say ‘wow’. Self-obsessed parents will assume you actually give a hoot about their offspring.

Ask when the next one’s due

This makes it look like you care, although it might create a weird atmosphere by tapping into an argument the parents have had about this thorny issue. You probably shouldn’t create tension in their relationship, but it’s their own fault for getting out the baby photos.

Show them photos of your ‘baby’

Turn the tables by whipping out some images of your new car or boiler, saying ‘This is MY new baby!’. They might take the hint that you’re not enthralled by endless near-identical pictures of their sprog, but there’s a risk that they’re so dull they’ll find them fascinating too.