A MAN with no interest in random sport things like rowing, gymnastics and judo is mentally ill, friends and colleagues believe.

Office worker Tom Logan has caused concern with his indifference to the vast array of niche sports which everyone suddenly loves.

Co-worker Nikki Hollis said: “There’s definitely something wrong with Tom because when I was discussing the water polo he didn’t seem to care that much.

“When I told him we only got silver in the ladies’ triathlon he said ‘That’s a shame’ but didn’t sound really upset. It was as if he was trying to copy normal human emotions.

“I’m not saying he’s definitely a sociopath but from now on I’m going to make sure I’m never trapped in a meeting room on my own with him.”

Friend Wayne Hayes said: “I asked Tom if he’d been watching the women’s two-person dinghy racing and he just said ‘No, sorry’ like it didn’t matter to him. I think he might be depressed.

“I reported him to local mental health services. They said it was the right thing to do because everyone loves Team GB, it says so on the telly.”

Logan said: “People had a problem with me not being into the Olympics, so I’ve started talking about synchronised swimming and now they think I’m normal.” 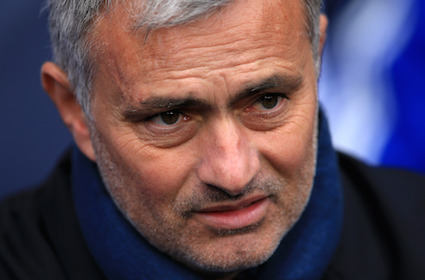 JOSE Mourinho has given Juan Mata the day off so he can whip his naked body through the streets of Salford.

Mourinho, who came in for criticism for substituting Mata during the Community Shield match despite having not long brought him on, said the decision had no bearing on a previous fall out from their time at Chelsea together.

Mourinho said, “This was just a tactical decision.

“I needed someone to whip naked through the streets whilst pulling a burnt out Ford Fiesta behind them and Juan was the shortest in the team, so I picked him.”

“I’m not looking to sell him but I would listen to offers for the Ford Fiesta.”

Everton are thought to be early contenders to buy the Fiesta with an exchange deal for cash plus Tom Cleverly already turned down.