Neville And Scholes To Spend Summer Camping In The Mountains

MANCHESTER United veterans Gary Neville and Paul Scholes are to spend the summer in a tent.

The team mates have decided to pack their rucksacks, head for a quiet spot on the slopes of Scafell Pike and just see where fate will lead them.

Friends say the England stars are likely to spend their days birdwatching and eating picnics and their nights going at it like a pair of monumentally homosexual rabbits.

The decision was made after their relationship moved to the next level in the dying seconds of the Manchester derby on Saturday.

Following Scholes injury time winner against Man City the midfielder pulled up his shirt to reveal a tattoo depicting himself and Neville as a pair of erotically entwined angels, with the slogan 'up where we belong'.

Neville then licked Scholes on the lips before gathering him in his arms and carrying him off the pitch to the rapturous applause of their ecstatic teammates.

Striker Wayne Rooney said: "Just beautiful and about time too."

But insiders insisted there have been rumours of inter-squad lovemaking at Old Trafford for years.

One sources aid: "Last year the plumber walked into the shower room to encounter a blur of ginger testes, bumfluff moustache and guttural Northern moaning. His hair went white and the very next day he left his wife and kids and went to live on the moors."

Julian Cook, professor of football at Reading University, said: "I'm not sure how this affects the title run-in but what we can say is that from now on when people think of Man United and a quivering, purple arsehole, it won't necessarily be Sir Alex Ferguson."

Stranded Tourists To Be Fired From A Cannon 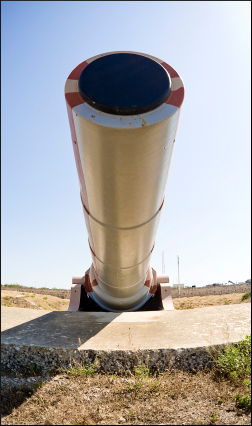 THOUSANDS of British tourists stranded in Calais will begin their journey home today by climbing into the end of a giant cannon pointed roughly at Kent.

As the Icelandic volcano attack entered its fifth day, the government said long-range artillery was now the best option for getting people back to the UK as all the boats had been reserved for trade unionists, Guardian readers and friends of JK Rowling.

Lord Mandelson, secretary of state for whatever the fuck he wants, added: "Only the 14 richest people in Europe can now afford to travel by Eurostar, while Dan Snow and his rag-tag armada of inflatable dinghies have almost certainly been eaten by whales."

This morning British embassy staff are setting up a deli counter ticket dispenser at Cap Gris Nez near the French port and asking tourists to form an orderly queue.

When their number is called, each 'passenger' will be given a bicycle helmet, a banana and magazine to read during their flight before being fired from the cannon at just under 78mph.

They will then soar across the English channel, at least 20ft below the deadly ash cloud, before hopefully landing in a large inflatable mattress that has been set up in the car park of the Folkestone branch of Sainsbury's in Bouverie Road West.

After returning the magazine and the helmet they can walk to the local station and take their chances with the UK rail network.

Tom Logan, his wife Helen and two of their three children will be fired as a group at 10.30am.

He said: "Apparently the cannon can only take four at a time, so we've had to leave one behind. We went for the ginger one. I'd imagine the French will probably just eat him."

British Airways will today carry out a series of test flights in a bid to calculate exactly how much it will cost them when planes start dropping out of the sky, while Ryanair has cancelled all of its flights until Wednesday, though aviation experts stressed this is probably nothing more than an elaborate tax dodge.

Meanwhile the quiet, clear blue skies above the UK have prompted speculation over what the world would be like without contraptions.

Professor Henry Brubaker, of the Institute for Studies, said: "According to my computer, it would take ages to get to Australia, but, by the same token, it would also take an awfully long time for Australians to get here. Which would, of course, be excellent."