Neville checks his phone is working

GARY Neville has spent the last 24 hours obsessively calling his voicemail and making sure his phone has full bars,

The former Manchester United moustache has guaranteed he can be contacted at any second should Alex Ferguson decide he needs somebody to amble up and down one side of the pitch until the end of the season.

Neville’s agent Bill McKay said: “Gary’s been doing star jumps in his back garden and rehearsing post match interviews in the hallway mirror and I haven’t the heart to tell him.

“Have you ever seen somebody’s spaniel sit by the front door with its lead in its mouth because it thought it heard somebody say ‘walkies’? Now imagine it living in an eco-kennel and barking in a Mancunian accent.”

Neville has carved out a successful second career since retiring from trotting around looking knackered by pointing at televisions on Sky Sports while wearing a suit.

But McKay said that Neville has remained hopeful United might need his services again and always wears a full United kit under his suit just in case.

He added: “I sometimes think it’s like how a teenage boy reacts to his first love dumping him but then the image of Gary and Alex locked in a sweaty, fumbling embrace forces me to pull over and puke into a hedge.”

Tolkien denied Nobel Prize 'because he wrote about Hobbits' 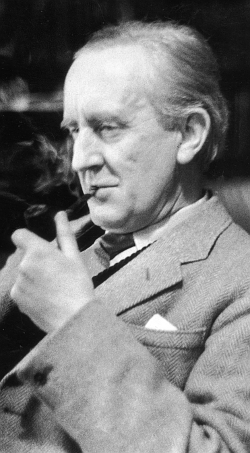 JRR Tolkien was rejected by the Nobel Prize committee because he wrote about hobbits, dwarves and orcs, it has emerged.

Recently released documents from the Nobel Academy showed the judges of the literature prize thought Tolkien’s writing was ‘excellent’ but his choice of subject was ‘weird’.

One document states: “His grammar, punctuation and spelling are all superb and there’s very little use of Tippex. Certainly good enough to deserve a Nobel Prize.

“Unfortunately the story is a load of bonged-up drivel about goblins and stuff. Bin it.”

Another document states: “Lovely penmanship, but what a waste of time.”

A Nobel spokesman said: “Previous laureates have included George Bernard Shaw, TS Eliot, Jean-Paul Sartre and Toni Morrison. Their styles are diverse, but the one thing their work has in common is a total lack of mystical proto-progrock bollocks.”

He added: “This is the Nobel Academy, not Forbidden Planet.”

But Tolkien fans were quick to defend their hero on messageboards and web forums, with one fan, faramir762, insisting: “If they’d given Tolkien the Nobel prize, its power would have corrupted him, and he’d have ended up jealously guarding it in the Misty Mountains, and referring to it as his ‘Precious’.