NEWCASTLE United was last night trying desperately to justify itself after signing up for a 'bonus night' of no-strings fun with unstable ex-boyfriend Kevin Keegan. 'What in the name of GOD was I thinking,' said an embarrassed Newcastle

The club split acrimoniously from Keegan a decade ago, blaming a combination of his emotional instability and total insanity for the demise of their five-year romance.

However, after a chance encounter in a Newcastle nightclub last week, the two had a few drinks together and eventually ended up in bed.

Newcastle said: "You just remember the good times – the wild sex, the spanking, and that thing he used to like me to do with a banana.

"You forget all the tantrums and the crying and him making such a dick of himself on Sky Sports that time. 'I will love it if we beat them' – I was absolutely mortified.

"I also forgot all those idiotic things he used to say on Match of the Day. Since when has cramp been worse than a broken leg?"

Meanwhile, new England boss Fabio Capello has insisted he declared all bribes, bungs and backhanders to the relevant authorities while manager of Juventus

He added: "Who you think I are, the Georgio Graham of the Arse? I no take bung in dirty bag in car park.

"No, when I gets big cheque from agent for signing I put straight in my accounts with taxes. Is normal, no?" 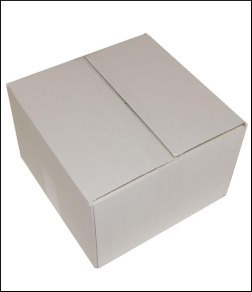 The box has clean, simple lines and contains a shit

The billionaire pioneer said he was inspired after the company developed the world's thinnest laptop computer.

“We took most of the useful things out of it and doubled the price. The early demand has been incredible.

“I was then struck by an amazing idea: How much would you pay for one of my shits in a box?”

Jobs said that the first 100 shits will be his, but because of his busy schedule most of the mass market shits will be built in the Far East and carry his personal endorsement.

Carl Knutz, an early adopter of San Andreas, California, said he would pay $1,999 for the shit, but only if it was ultra-slim and back-lit and unable to run the most commonly available software programmes.

He said: “I want a shit in a box that sets me apart from the crowd and tells people that I am young, hip, and creative.”

Bobby Killitz, 23, also of San Andreas, said he would hold on to see if Steve Jobs would produce a cheaper shit later this year after the initial frenzy had died down.

He said: “I think within six months he will either halve the price of the shit or lay two of his logs in there for the same price. He’s pulled that kind of trick before.”