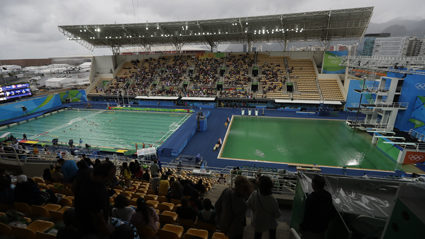 THE Olympics swimming pool that has turned bright green also has a strangely familiar smell, officials have admitted.

Rio Olympics organisers initially denied there was anything wrong with a swimming pool having grape-coloured water, claiming that water just goes that colour sometimes.

However they had since admitted that it does not smell great either.

A spokesman said: “I’m not confirming any speculation but you’d be fine to go in it as long as you don’t swallow anything.

He added: “These foreigners are animals. You should see what they did in the long jump pit.” 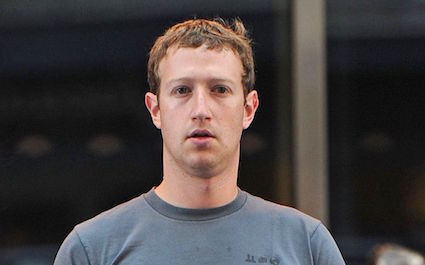 CIA AGENTS are still chuckling to themselves about how Mark Zuckerberg actually thinks he created Facebook.

Zuckerberg is credited as devising the social media site, and believes he did it without being covertly manipulated by the secret services, who would obviously have no interest in such a mass communication tool.

CIA Agent Tom Booker said: “I mean come on, I’ve got shoes older than him and he thinks he invented this incredibly huge communication system and spying tool.

“This all began when he ‘accidentally’ overhead some sexy girls talking about it at college, then was introduced to some computer experts at a frat party who just happened to be 10 years older than everyone else and wearing suits.

“We only chose him because he seemed astonishingly gullible.”

Fellow agent, Mary Fisher said, “He probably thinks he wrote Stairway to Heaven too. You’ve got to admire that little chump’s confidence.

“We were behind Blind Date too. Figure that one out.”