Rangers Now The England Of Scotland

RANGERS are the England of Scotland, it was claimed last night.

According to researchers Rangers and England fans share 99.99% of their DNA.

Professor Henry Brubaker, organiser of football related violence at the Institute for Studies, said: "Think of them as being a bit like donkeys and zebras – if donkeys and zebras had an insatiable appetite for Grolsch and beating the hell out of policemen.

"We have been studying Rangers fans for several years and, apart from the fact they don't speak English, their only other distinguishing characteristic is an inexplicable fondess for chip fat."

He added: "As Scotland moves ever closer to independence and its national identity is stronger than it has been for centuries, it is fascinating to see 200,000 Scotsmen in the middle of Manchester waving Union Jacks."

Meanwhile England's biggest professional football gangs are hoping to sign up some of Rangers' most viscious maniacs. 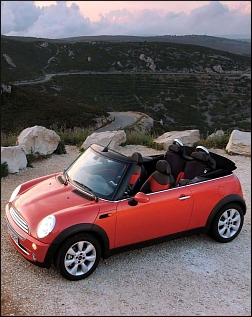 GIRLY crime was up by more than 50% last year, including a sharp rise in thefts of those darling little Mini Cooper convertibles.

New figures also showed an increase in the amount of cannabis being grown as a decorative pot plant, while supermarkets reported a rise in thefts of salad, frozen yoghurt and Philadelphia 'Light'.

There has also been a 25% increase in breaking and entering, sweeping up the broken glass and leaving an apologetic note.

Superintendent Tom Logan said: "Girly crimes of violence have become more acute, especially going up to someone and flapping your arms wildly while closing your eyes and turning your head to one side.

"But we are getting better at apprehending girly shoplifters, mainly because it takes them 45 minutes to decide what to steal followed by 30 seconds of excessive flouncing."

Supt Logan said further training was necessary to deal with girly crime suspects, adding: "The whole thing can get a bit tearful, especially when you actually charge them.

"They're allowed to bring a friend to the station and we've set up a nice, comfy room, with a really lovely beige sofa, some magazines and a decent range of Cadbury's Options."