WAYNE Rooney’s record-breaking international career was actually pretty shit when it comes down to it, football experts have concluded.

Despite scoring more goals than Bobby Charlton and appearing for his country more times than Bobby Moore, pundits cannot remember anything distinguished Rooney did in the England shirt beyond wiping his nose on its sleeve.

Tom Booker of website Global Soccer said: “Apart from him stamping on the gonads of some Portuguese player back in the 2006 World Cup, I’m racking my brains to think of anything remotely useful he ever did.

“Sure, he scored lots of goals but weren’t most of them against Andorra and San Marino in walkover qualifiers, so they don’t count.

“Face it, you might as well have had Wayne Sleep playing in his position all those years. And he wouldn’t have got sent off as often.

“It is altogether possible that his greatest performance for his country was in his debut in an honourable 1-3 home defeat against soccer giants Australia in 2003, where he scampered about in a promising sort of way.

“After that, however, he tried gallantly but ultimately failed to do anything of any significance whatsoever.” 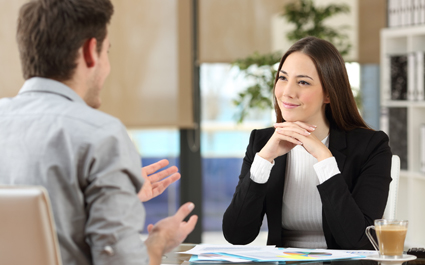 A MAN has become good friends with a female colleague who also happens to be very attractive.

Tom Logan says he simply ‘gets on’ with beautiful co-worker Francesca Johnson, despite this never happening with any of the less attractive women in his office.

Administrator Logan said: “We just do normal workmate things like me constantly hovering around her desk trying to make her laugh or listening intently to her personal problems.

“We’re just into a lot of the same stuff, like Stranger Things and other hugely popular television programmes.

“I always ask if she wants to go for lunch, she’s usually busy but it’s a good way of keeping her informed about important office issues like the photocopier being serviced.

“I’m planning on inviting her to stay over on Friday night for a DVD marathon-cum-slumber party. I expect most people who work together do that.”

Logan’s friendship with Johnson has since been dramatically scaled back after she met a ‘really nice guy’ who works in the City.