FIVE-year-olds are playing ‘Dodge the Taxman’ in the playground in a bid to emulate their sporting role models.

Traditional sports have been abandoned for games of Find the Shelter, the Holding Company Shuffle and Who’s Got The Most Valuable Image Rights.

Teacher Francesca Johnson said: “Back when Blackburn midfielder Garry Flitcroft was every schoolboy’s hero, they spent all their time pretending to be fighting legal battles to stop their affairs with lapdancers being exposed.

“Now it’s all tax avoidance and pretending to be fined for slagging off the manager on Twitter.”

Tom Logan, 12, said: “Michael Vaughan is my favourite, and I want to be just like him when I grow up by investing money in a string of British films that nobody wants to see.

“At playtime we make Dudley Wood play HMRC and the rest of us run around screaming as he tries to catch us.

“There’s too many of us for him to cope with, and if he ever does catch anyone we just shout ‘my lawyer has a better track record than your lawyer,’ until he lets us go.

“Our commitment to realism is, as you can see, absolute.”

Crowd not bothered about second encore 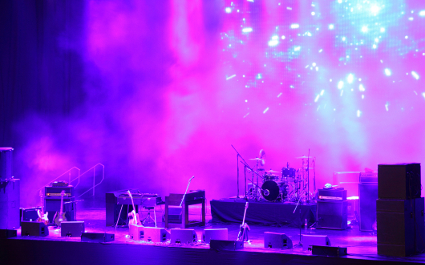 FANS attending a Wombats gig have half-heartedly requested the band return a second time while checking their phones.

The rising cheers, rhythmic clapping and stamping for the first encore have been notably reduced by a crowd who would be just as happy to see the house lights come up.

Stephen Malley of Sheffield said: “I suppose it’s possible that in a few days I could regret not demanding one last song, but right now I feel pretty sated.

“Quite apart from the odour of stale beer beginning to pall, they’ve done everything so it’d be one of the singles we’ve already heard.

“Still I don’t want to be rude and I can see they haven’t unplugged the guitars, so I’ll do a few shouts of ‘MOOOOORRE!’ for their sake.”

The tradition of the encore dates back to the 19th century when it was a great honour for musicians, but is now often abused with Bruce Springsteen once returning for 117 encores, ending days after the last audience members had left.