LOUIS van Gaal has handed the FA Cup to Jose Mourinho during a tense meeting in a supermarket car park, it has emerged.

The two managers met at Waitrose near Wilmslow where Van Gaal took the FA Cup out of its car seat in his Volvo Estate and thrust it without a word to Mourinho before disappearing.

Eyewitness Tom Logan said: “Jose kissed the trophy and hoisted it into the air in triumph, anyone would think he’d earned it in some way.

“Then he started saying loudly that it looked like it could do with a polish.

“He also promised that it’d soon have another shiny trophy for company, and not just that tacky Capital One Cup.”

Onlookers reported that Mourinho then perched the FA Cup precariously in the passenger seat of his sports car, forgetting to fasten the seat belt before speeding off.

Louis Van Gaal said: “Who was there on a cold Friday night in Derby? I was. Who put the FA Cup first despite the appeal of the Premier League and the Europa League? I did.

“And then in swoops the vulture, looking smooth with his flash car and suit. Fucking typical.” 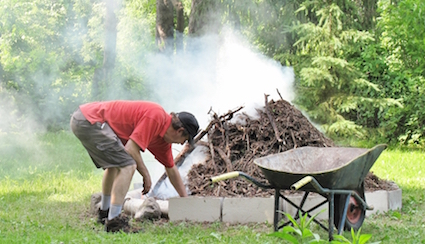 A MAN has started burning random crap in his garden again, his neighbours have confirmed.

Norman Steele, 51, has been spotted frequently making a bonfire out ‘something or other’ and then standing in front of it, gazing into the flames.

“I’m pretty sure he bought some garden furniture last year just so he could set fire to it.”

Another neighbour, Emma Bradford, added: “I reckon he just saves up all of his random shit over the year and then when it’s sunny he can’t wait to set fire to it all.

Professor Henry Brubaker, of the Institute for Studies, said: “A bonfire can be a lot of fun. Just as long as you don’t spend all your time staring into it while plotting revenge.”