LATTER stages of the World Cup have forced bigots to become more inventive in their national prejudices.

Some viewers are having to devise prejudices about nations they could not locate on a map.

Football and bigotry fan Wayne Hayes said: When I watched the game last night I knew I hated Germany but I had to consult Wikipedia for stuff to hate Algeria about and Albert Camus didn’t seem reason enough.

They have pretty bad attitudes toward gays but that’s such an unimaginative reason to think a country is shit and besides, being a bigot about a country because of their bigotry is just too confusing.

Are they cruel to donkeys, because I could get right behind not liking them for that. Or is that Spain?

“Oh, okay, all of them being really fat, then. That. 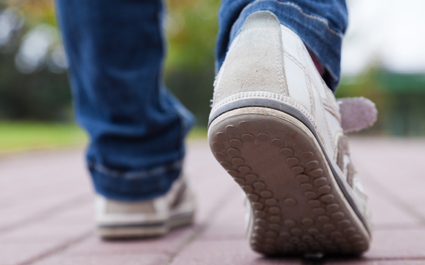 HEROIN addict Tom Logan has reached a walking speed of 18 miles per hour while going to score.

Bristol resident Logan was caught on CCTV limping along the pavement at a velocity comparable to that of a bicycle.

Onlooker Emma Bradford said: “Junkies going to get their junk can move at a surprising rate, but I’d never seen anything like this. His feet were just a blur.

“You’d have thought he was late for a high level UN meeting or something, although clearly he was just off to buy some more smack.

“He was simultaneously having an argument in a croaky smack-addled voice with some other haggard types who were alongside in a slow-moving car, it was most impressive.”

Logan, who could be any age between 24 and 58, said: “I’m not using any more, I was just going to get this DVD off this kiddie who happens to live in a house with some dealers.