Zola To Go And Live On A Farm, Says West Ham

GIANFRANCO Zola will be sent to live on a farm where he will spend the rest of his days frolicking with other managers, according to the West Ham United board.

Chairman David Gold told worried fans that while the little chap is looking a bit fragile he will soon perk up when he gets in the back of the car.

Gold said: "Franco is a bit sickly, but I swear to you I am not going to take him out back and put a shotgun between those lovely, big eyes. It would be like machine-gunning Dougal from Father Ted."

He insisted that Zola really, really was going to live on a farm, unlike Alan Pardew who was given to a shelter but eventually had to be put down after that thing he said on Match of the Day.

But while results on the pitch have been disappointing this season, sales of fluffy Zola dolls have provided an unexpected source of revenue for the club as they are snapped up by teenage girls.

Co-owner David Sullivan said: "We're used to the merchandise shop having the occasional market trader in there buying a woollen hat to keep the wind off his bonce.

"But since we started making the little Zola dolls it's been rammed with Japanese schoolgirls, some of whom are very promising."

He added: "Proper cute these dolls, mind. You pull a string in their back and they have loads of different phrases like 'I'm trying to get the team playing attractive football' and 'please don't fire me'. Adorable." 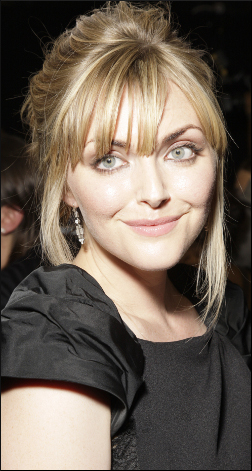 RIVAL TV cooks Sophie Dahl and Nigella Lawson should settle their differences by exploring each other's mouths on BBC2, experts have claimed.

Specialists in baking and lesbian erotica believe that kissing and perhaps some light fondling would ease the friction between the BBC's top purveyors of highly fetishised kitchen antics.

Cooking enthusiast Tom Logan said: "I would love to see these two excellent and consummately professional cooks reconciled on television, ideally after 10.30pm, when the wife is upstairs watching Crime Scene: Navy Crime.

"The BBC should get them in the kitchen together, perhaps making a toad in the hole or cucumbers and cream."

Nathan Muir, a viewer from Grantham who has thought it all through, said: "Initially the atmosphere between these culinary titans would be frosty and combative, but things would thaw when Nigella accidentally drips some batter or whatever down Sophie's blouse.

"Sophie would go to wipe it off but then Nigella would go, 'No, let me', in a posh, commanding voice that simultaneously oozes sensuality.

"After a bit of blouse wiping their eyes would meet and their feud would be ended with a bout of frenzied sapphic lust which would leave the kitchen looking like a herd of wild pigs have run amok in it."

TV pundit Nikki Hollis said: "The popularity of Sophie and Nigella can only be explained by the fact that a section of the male population is inexplicably unaware of the ready availability of free, explicit pornographic films in which actual breasts are visible throughout and celery sticks have been substituted for actual penises."

Muir added: "It'd be like Mulholland Drive, but with spatulas."