ENGLAND didn’t win, but the country really felt it had achieved something these past weeks only to be forcibly reminded it hadn’t. These bastards have ruined it:

The racists at Wembley

And/or hooligans, because some of those who forced their way in could be impeccable social justice warriors. Yeah. Booing and attacking black fans after the game, our home-Euros-by-stealth has proved that we can’t be allowed a proper one, so fulsome thanks from the nation.

You were chanting their names and willing them on until the final kick of the f**king game, then you turn on them like a crimson-eyed pitbull. How marvellous that pieces of total shit can use social media to instantly and personally abuse their former heroes.

Almost seem wholesome compared to bigots who hate their own team, but still scum. Italy’s lovely and suave Italian men in Armani jackets or gorgeous Italian women riding Ducatis are so plainly better than you. Your Twitter handles have been passed to the Mafia.

The racists in government

Because Rashford campaigned for children last year, he hit the post last night. Really? Or perhaps you’re a home secretary or prime minister who condoned booing England players because you don’t like to upset your voters. Thanks. You made all of the above just a little bit more possible.

That you never fake orgasms, and other things your boyfriend erroneously believes 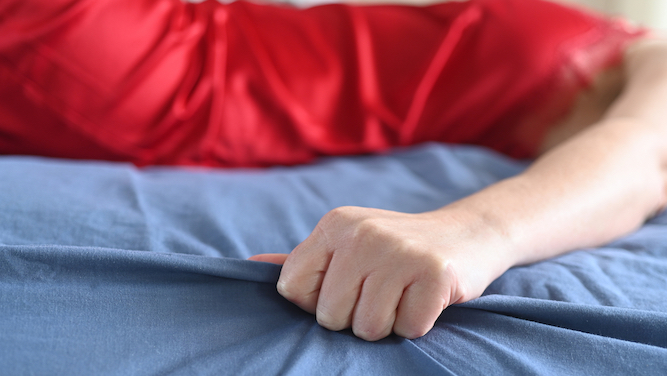 IT’S a shame, all those things your boyfriend’s so convinced of that he’s never asked you about. Here are his five illusions:

He knows you’ve faked orgasms, of course. With other blokes. The question’s never come up about him. Men are so hardwired to believe they’d know that you could stop and watch a bit of Netflix mid-fake and he’d assume it was part of your climax journey.

You know how to sew

Admittedly, men are expected to change a washing machine filter through genetics, but that doesn’t mean you’re good at sewing. Though he’s never seen you darn a sock he has a weird sense that you’d be able and willing to do so if push came to shove. Kindly f**k off. Though you probably could.

You enjoy getting your hair done

Whoever started the rumour that women enjoy paying £90 to sit in a chair making small-talk with a total stranger for two hours was a bloody liar. It’s not the 1950s and there’s no comradery or juicy beauty parlour gossip. It’s just boredom in a chair.

Maybe it’s the influence of all those ‘Gindependent woman’ signs in crappy gift shops, but your boyfriend is dead-certain that it’s your favourite alcohol, second only to Prosecco. Whereas you like tequila for getting you properly shitfaced.

You dance to ABBA

Ever since Mamma Mia! was released women have had to fight the dangerous stereotype that we all enjoy Dancing Queen. Look, it’s not bad, but for f**k’s sake you met off your heads on Mitsubishis at Sundissential with the Tidy Boys playing bangers. It’s hardly Fernando.

Most footballers are fit. Enough said.