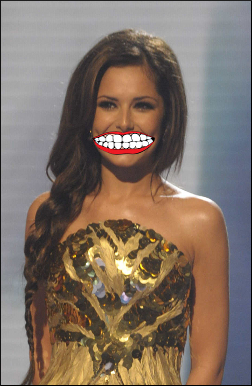 A NEW repellent designed to deter mosquitoes has given the insects an insatiable hunger for Geordies.

Mosquitoes subjected to a single droplet of the new repellent develop an instant penchant for Novocastarian blood along with the ability to pick one out from up to a mile away.

Researcher Roy Hobbs said: “We think they may be attracted to the accent.”

With the holiday season approaching, resorts popular with Tynesiders are bracing themselves for a blissfully unsuccessful summer.

Malaga bar owner Bill McKay said: “You couldn’t move for them last year. I made a fortune. It was horrible.

“But I suspect no Geordie, not even one of the ones that is in their right mind, will want to be a walking, foul-mouthed mosquito buffet.”

Experts have also predicted a steep rise in malaria since many Geordies consider receiving pre-holiday inoculations to be homosexual, along with liking biscuits or owning a chair.

Hobbs said his team has worked round the clock to create a decoy Geordie.

“We whacked a nicotine patch on a zebra and injected it with brown ale, but the mosquitoes were more interested in our lab technician from South Shields.

“He was a like a slush puppy with all the juice drained out by the time they’d finished with him.”