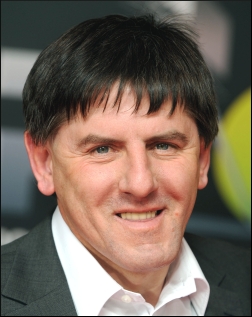 With the club just two points above the drop zone and without a win in seven games, Kinnear said morale was low but he was certain that ‘Shitcastle United’ would avoid relegation.

Following Wednesday’s defeat at Manchester City, the manager told Sky Sports: “We face a tough couple of months after injuries to Michael Rubbish and Joey Criminal. We’re just lucky no-one has made a decent offer, as yet, for Shay Over-Rated.”

Kinnear then added: “It is difficult being the manager of Shitcastle. There’s a lot of pressure from the fans who look back on the days of Kevin Mental with so much pride.

Kinnear later corrected himself insisting he had a habit of mispronouncing names, adding: “I did exactly the same thing when I was manager of Wimblethugs, Luton Trounced and Nottingham Fuckwits.

“Sadly, this just smacks of a desperate attempt by me to finally get the sack.”