EVERYTHING broadcast across the BBC network is a deliberate and malicious falsehood, director general Mark Thompson confirmed last night.

Thompson apologised to licence payers after an internal investigation found that editors and producers had been making everything up for at least three years.

The admission comes after a BBC documentary about the Queen was exposed as a fake. The producers were denied access to the monarch and instead used a 65 year-old man dressed in a Barbour jacket and a tiara.

Because of budget cuts, said Thompson, BBC cookery programmes have been unable to use real food since 2005 and were instead using ingredients made from mashed-up leaves.

Thompson also revealed that Jonathon Ross, the BBC's highest paid entertainer, was nothing more than a "jumped-up researcher with a dirty mouth".

Meanwhile BBC news will be overhauled after veteran newsreader Peter Sissons was found to be broadcasting his own fictional bulletins, scribbled down hastily at a curry house in Shepherd's Bush.

A BBC insider said: "It all stared with the Andrew Gilligan story about the Iraq dossier. We took such a pounding over something which was substantially true that we thought, 'fuck this for a game of soldiers, let's just make it all up'."

EXPOSING THOSE BBC LIES IN FULL:

Gap Widens Between The Rich And The Incredibly Rich 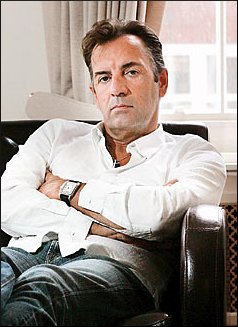 The gap between the rich and the really incredibly rich is wider than ever, according to new research.

A study by Dundee University found that the traditonally rich such as plumbers, local authority chief executives and people who work for the BBC, were now living in relative poverty compared to 'super-rich' hedge fund managers, insolvency consultants and NHS doctors.

Professor Bill McKay said: "Ten years ago the rich were happy with their lot. They had at least two Chinese dishwashers and their kids went to a school where they had a great chance of being bullied by someone related to Gladstone.

"Now they look at the incredibly rich, many of whom now have their own SAS, and wonder where it all went wrong."

Professor McKay said the gap is now so wide that in many parts of the country very rich people were working as cleaners and gardeners for really incredibly rich people.

Liberal Democrat leader Sir Ming Campbell said: "There is something seriously wrong with our society when I am forced to take a summer job working as an assistant masseur for Judy Finnegan simply to pay my wine bill."