BBC Unveils Lavish Adaptation Of The Taunting Of Andrew Sachs

THE BBC last night re-established its reputation for quality programming as it unveiled a lavish multi-million pound drama based on the taunting of Andrew Sachs.

Starring Sir Ian McKellen as the Fawlty Towers actor, the 12-part series begins in 1930s Berlin as the young Sachs and his family flee Nazi persecution.

The series is being produced at Elstree Studios by the team behind Cranford, Little Dorrit and the BAFTA-winning BBC Four show Russell Brand Fucks Your Granddaughter.

BBC director general Mark Thompson said: "I got into this business to make quality programmes about Holocaust survivors being abused by foul-mouthed mediocrities.

"The Taunting of Andrew Sachs really is the BBC at its best." 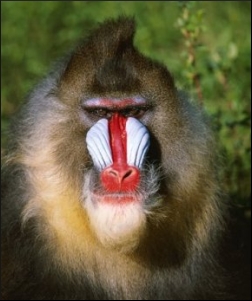 Scientists showed 100 men pictures of two ladies in red and blue dresses and 98% said they would sleep with either, although they would prefer the red one as it was likely to be dirtier.

The remaining 2% said they would sleep with both of them together so they could watch them do things to each other that they had so far only seen on DVD.

Henry Brubaker, of the Institute for Studies, said: "The men were asked three questions: 'is she pretty?', 'would you kiss her?' and 'would you put it in her even if she was asleep?'

Brubaker continued: "We then showed them pictures of large breasted and small breasted women. Christ, do you really need me to finish this?

"There was an argument about whether anything over a good handful was a waste, but that was it. It really was very depressing."

Research assistant Rebecca Hayes said men were driven by primal instincts that associated red with sex, and an overwhelming desire to insert their penis into anything female and alive.