Diana film actually going to be shown in cinemas

THE new film about Princess Diana is inexplicably not a TV movie.

It had been assumed that Diana would be screened exclusively on some obscure foreign television channel that alternates celebrity biopics with  programmes about cake.

“We’ve done a poster for it and everything, using a professional graphic designer.” 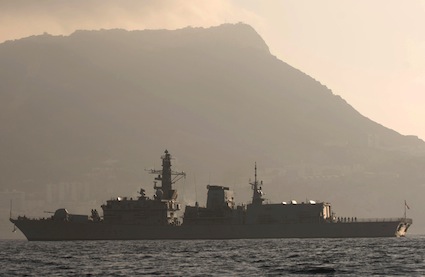 A ROYAL Navy warship has docked in Gibraltar reminding Spain that we can still find our way there if necessary.

HMS Westminster is the first Navy vessel to visit the territory since HMS Tobacco in 1847.

The warship docked after its chief petty officer opened a window and shouted ‘excuse me, is this Gibraltar?’ to an old lady who was minding her own business.

The crew will now spend two weeks making a collage about the territory and acquiring a world class selection of venereal conditions.