THE death-defying exploits of Nik Wallenda will inevitably become an underwhelming Hollywood film, it has emerged.

“This story has all the ingredients of workmanlike cinema fodder – an ending which is a foregone conclusion, 3D-friendly spectacle and tired themes about triumph over adversity.

“We’ll chuck in some love interest, an annoying kid and an embittered wheelchair-bound mentor.

“Probably it’ll be called Wings of Freedom, Sky Strider or the more self-explanatory Man High Up.

“You’ll end up watching it on a long flight, in a hotel or on telly next Christmas.”

My wife makes all my t-shirts, says Cameron 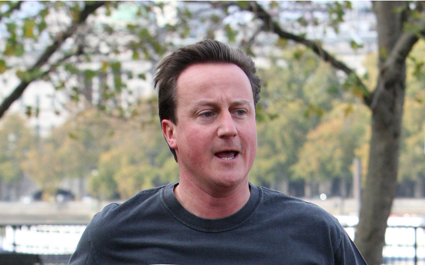 The prime minister has confirmed that all his t-shirts are ethically manufactured by his wife.

Cameron said: “My children and I know exactly where our clothes come from, because we can see Samantha making them at the kitchen table.

“She gets paid a very good rate, plus three breaks a day to cook me meals.

“We then get them ironed for 30p an hour, which is a healthy rate for menial work.”

Samantha Cameron was unavailable for comment due to putting the finishing touches to her husband’s’ ‘This is what a feminist looks like’ cravat.