Call for consensus on how to destroy the NHS

MPs must stop using the National Health Service as a political football so that it can be destroyed once and for all, it has been claimed.

As David Cameron came under renewed pressure to nudge health secretary Andrew Lansley in front of a tank, unions, professional bodies and patient groups called for ‘politically driven targets’ to be replaced with a guaranteed timetable for destruction.

“We need a new set of ideas that will definitely put an end to the NHS but at a moderate pace that everyone can live with.”

But Mr Lansley dismissed calls for the health service to be destroyed, adding: “I think what Britain really wants is for the NHS to be permanently second rate – we just need to agree on how we get there.”

Professor Henry Brubaker, of the Institute for Studies, insisted a national consensus was achievable because everyone in Britain already agreed that the NHS should never do anything remotely French.

He added: “The French health system is funded by a combination of state and private insurance contributions, treatment is free for the poorest, the GPs, hospitals, specialists, clinics and labs are autonomous and all it manages to do is be the best in the world.

“But the French have always been a nation of rabid libertarian capitalists who obviously set up their health system purely for the benefit of American banks.

“And of course they are very quick to surrender and they smell.”

Meanwhile, Margaret Gerving, a retired headmistress from Guildford, added: “Can someone just look at this fucking huge thing on my leg?”

Suarez to sing 'I Will Always Love You' to Patrice Evra 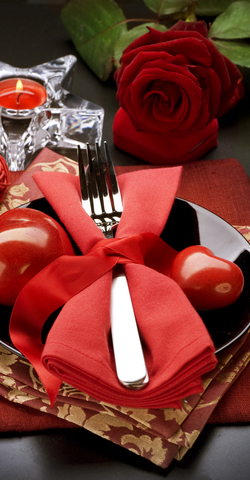 THE Football Association has ordered Luis Suarez to sing I Will Always Love You to Manchester United’s Patrice Evra on Valentine’s Day.

The FA said the move would draw a line under the ongoing race controversy and form the centrepiece of the Association’s official tribute to Whitney Houston.

The row was reignited on Saturday when the Liverpool player refused to shake Evra’s hand confirming recent speculation that he does not think the Frenchman is a very nice person.

An FA spokesman said: “The combination of Valentine’s Day and the Whitney Houston tragedy should remind us all that Patrice Evra is probably telling the truth.

“We have ordered Luis Suarez to learn his lines and then sing the song really, really well. It would be particularly nice if they could have dinner in the centre circle at Old Trafford and then a string quartet would appear out of the darkness and Luis could get up and sing while holding Patrice’s hand.

“Don’t tell Patrice about the song though. We want it to be a lovely Valentine’s Day surprise.”

Kenny Dalglish has backed both the dinner and the song and pledged to once again behave in a manner befitting a Liverpool manager by not winning the league.

Meanwhile, the FA is among dozens of organisations planning a Whitney Houston tribute including Network Rail, Little Chef and the Association of British Insurers.

Labour MP Tom Watson will organise his party’s official tribute and has also called for the Queen’s 60th Jubilee celebrations to be renamed in honour of the tragic singer.

Prime minister David Cameron added: “I will never forget the night I became the MP for Witney, which I now realise sounds the same as Whitney.