PETER Hitchens, the anti-drugs journalist, has been urged to try the teensiest bit of methamphetamine to prove his theory that addiction does not exist.

Professor Henry Brubaker, of the Institute for Studies, said: “I would start him off with just a soupçon. Most people find that’s enough to completely ruin their lives.

“At that point, if he is correct, he will simply choose not to turn his life into a raging sea of shit.

“Then we can all move on to the next thing on the list of Peter’s unhealthy obsessions. He does seem to talk about gay marriage an awful lot.

“It’s as if he doesn’t have any willpower.”

Professor Brubaker added: “Like climate sceptics, Peter’s politics degree makes him an expert at all kinds of science.

“I was having lunch with him once and he started coughing terribly. I told him to get it checked out and he nodded and then phoned James Delingpole. They both agreed that Peter’s cough was a Marxist conspiracy.

“I told him he should really see a doctor but he said that James has a degree in English literature and was therefore more than qualified to diagnose left-wing pulmonary infections.” 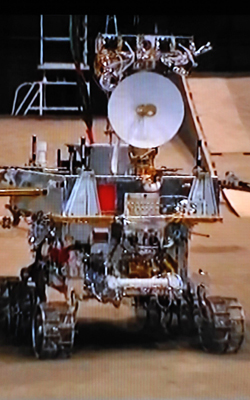 THIS Winter Wonderland theme park has been blatantly mis-sold to me by the Chinese lunar program.

When I’d expressed my apprehension about the project, suggesting perhaps someone else from the team go instead, they smiled condescendingly and assured me that it would be a “trip of a lifetime” and “the ultimate christmas experience”.

But now I’m here, I think they were making that stuff up.

When the lander and I arrived, we went out looking for the attraction described as “Santa’s magic grotto”. After painstakingly trundling for half an hour, we found the right location, but it was just a 100ft crater.

As neither of us really knew for sure what a grotto was supposed to look like, we agreed that technically this could be it and Santa might still show up. We waited til after four o’clock and still nothing had happened. I suggested we take a few photos but the lander was becoming fractious and kept muttering “scandalous” and “what a fucking joke”.

So we left the grotto and went to look for the Mystical Forest Trail instead. It was slightly better than the grotto but that’s not saying much. What had been described as “a wondrous spectacle of Christmas tree lights” was just 500 acres of meteor fragments. The reindeer wasn’t alive: it was just a steel flagpole with a below average sized star-spangled banner at the top. There wasn’t even any tinsel. Some footprints led off to what we hoped might be the ice rink, but all we found was a small pile of used scratchcards and a human poo. Very underwhelming.

We decided to take advantage of the complementary refreshment stand but again, were let down. I was expecting a warming gluhwein or sweet eggnog latte. Forget that. All we got was 600 million tonnes of ice contaminated with toxic dust and bits of rock. It was a bit like tepid Ovaltine. Woefully disappointing.

To cheer ourselves up, the lander and I decided to take some photos of each other instead. It was a small comfort, because after the sun was gone it was pitch dark and the temperature dropped to minus 170 degrees – a low budget production if ever I saw one.

Overall the level of Christmassy feeling here is zero. In retrospect the thin atmosphere could not sustain reindeer, elves or happy children – it was all cynical marketing. The only positive is that at least there’s plenty of parking.