Latest figures from UCAS show a steep year-on-year decline as more school leavers realise that just because universities exist it does not mean they automatically have to go to one of them.

A spokesman said: “It seems the prospect of £9,000 a year in fees has made many people realise that university is actually quite an important thing to do.

“So if you are going to spend that kind of money you should probably mean it.”

Roy Hobbs, professor of university studies at Roehampton University, said: “Over the last 20 years public policy has been focused on finding new ways for young people to do nothing.

“It now seems that one of the ways of doing nothing is being priced out of the market. It may sound like science fiction, but perhaps in 20 years time young people will get proper jobs after doing something.”

Wayne Hayes, 19, from Stevenage, said: “It occurred to me that universities should be about academic excellence rather than giving me somewhere to stand around quoting the Mighty Boosh for three years.

“I am not remotely interested in any of the things that are taught at university and so I’ve decided to offer my services free to a local business for 18 months where I can get some experience, learn how to do an actual thing and not spend twenty-seven grand so some bonged-up nonce with a doctorate can teach me how to watch television.”

The UCAS spokesman added: “As long as this trend continues we may also see the number of universities drop to below a million.” 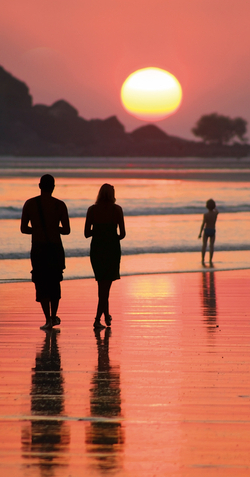 THOMAS Cook has become the latest travel company to base a television advert on a song by the Pixies.

Following Thomson’s success with Where is My Mind and Butlin’s use of Wave of Mutilation, the new campaign by the 170 year-old tour operator will feature the orginal version of Debaser.

The 30 second advert will show a happy family walking along a Spanish beach at sunset, intercut with footage of an eyeball being sliced open.

A spokesman said: “Andalusia is one of our most popular destinations so we wanted a jingle that truly captured that sense of freedom and relaxation.

“In recent years our brand identity may have led some people to think that we are not groovy, but we are. We are so groovy and we want you to know.”

The Thomas Cook spokesman added: “Summer holidays are all about fun, sunshine and horrific eye injuries.

“Summer is such an important part of the magic of childhood and we want to convey the idea that our holidays are not only memorable but could also inspire one of our young customers to grow up to be a debaser.”