THE Territorial Army has been renamed to reflect its target demographic.

Defence secretary Philip Hammond believes the new name highlights the single compelling reason a person might decide to spend their weekends getting shot at.

He said: “We desperately need more free soldiers, and our best bet is unhappily married men who aren’t into golf or fishing.

“They are used to taking orders, operating in highly stressful situations and have a great deal of pent-up aggression.”

A new poster campaign promoting People With Really Awful Home Lives asks, ‘Why visit the in-laws, when you could eat tinned gammon in a ditch while things explode around you?’

Plumber Roy Hobbs said: “Everything about being in the proper army seemed awful to me, never mind doing it on a voluntary basis.

“However my wife has just announced that her recently divorced sister is coming over for a weekend-long Jude Law DVD marathon at which I will be the unofficial butler.

“Suddenly being dropped into a cave complex full of heavily armed psychopaths is quite appealing.”

Anfield to be biggest stadium in Championship 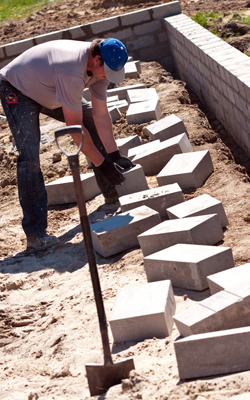 LIVERPOOL’S redeveloped ground will have the largest capacity in the second tier, it has emerged.

The extensive works will begin once all of Stewart Downings shanked crosses and Steven Gerrards 90-yard passes have been cleared off the roof.

Manager Brendan Rodgers said: By this time next year well be facing the likes of Ipswich and Barnsley, so the workmen can carry on in the sizeable empty parts of the stadium while matches are being played.

Theres very little chance of them being distracted by crowd noise, as its usually the home team scoring that causes kerfuffle.”

Former owners Hicks and Gillett’s proposals for a 300,000-seat anti-gravity omnidome hovering in the stratosphere were shelved after proving scientifically impossible.

And suggestions that Liverpool and Everton share a ground were abandoned after debate about which set of fans would be friendlier and more welcoming triggered a month-long riot.

When the club finally slips into non-league football in 2022, its stadium will be visible from space.