Romney, whose rousing speech at the National Convention ended with him cutting the flesh from his arm to reveal the robot skeleton beneath, swore to make America great again by massively expanding Skynet.

The flesh-effect android drew tears from the crowd when describing his humble origins as a nude man who materialised in an alley next to a golf club.

He said: “My first words in this era were, ‘I need your brogues, your blazer and your BMW 500 series.'”

“In 2008, I ran for the presidency on a platform of hunting and terminating every John and Sarah Connors within the continental United States, and revealed I had already travelled one-half of the way to achieving that goal.

“I now recognise I had made an unfortunate spelling error that led to the deaths of more than 38,000 innocent people, but I’m big enough to hold my hands up and admit I made a mistake.

“Do we want to live in an America where some punk kid with daddy issues threatens the most powerful military machines the world has ever known?

“Or do we want to live in an America fit for the 21st century which has been systematically cleansed of human life?”

Following Romney’s speech, his T-1000 wife Ann delighted the crowd by morphing into shapes including a bicycle, a spiked ball, and Barack Obama’s head on a donkey’s body. 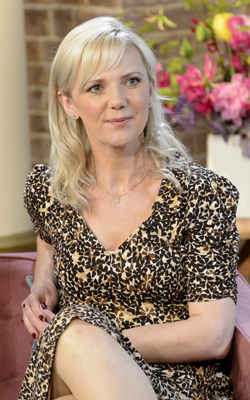 The heavily armed hoplites entered the house after killing security guards and presenter Brian Dowling, who had been preparing to announce the latest eviction to the show’s sorry handful of viewers.

The Greeks searched the house, pausing only to watch a juvenile argument between obscure model Danica Thrall and reality show star Michael Sorrentino before killing them with spears.

Entering the Diary Room, the soldiers seized Samantha Brick, although one was heard to remark that she was “not that fit, and a bit rough if you ask me.

The chaos escalated as comedian Julian Clary quipped: Ooh, I wouldnt mind a bit of Greek! He was immediately decapitated.

The Greeks then demanded that Martin Kemp sing the Spandau Ballet hit True for them, before leaving the house with Brick, who appeared delighted by the attention.

Brick later tweeted from her iPhone, apparently while on board a ship bound for Sparta: In demand with men  as usual!!!

Im just a bit surprised Ive not been ravished yet!!! Got to go  there appears to be some discussion about throwing me overboard :-/