The f**k is a mugwump? asks Corbyn

JEREMY Corbyn has made a private call to Downing Street to ask what the fuck a mugwump is and if he is meant to be offended.

The Labour leader, who has been accused of being a ‘mutton-headed old mugwump’ by foreign secretary Boris Johnson, has requested urgent clarification on what in shit the idiot meant.

He continued: “This is meant to be an election campaign, not an opportunity to reaquaint Britain with William Burroughs’s The Naked Lunch.

“A fucking mugwump? Yeah, let me just dig out my dictionary. Oh it’s not in the modern one, I’ll have to get the nineteen-fucking-hundred edition.

“It’s an insult used in the 1884 presidential elections. Really. You know what politicians will call lying sacks of shit who fuck up their own countries on a whim in a century’s time? They’ll call them Boris.”

Boris Johnson said: “Regretfully, it has been brought to my attention that most of the country believes me to have made a reference to something called ‘Harry Potter’.

“I therefore have no option but to offer my resignation.” 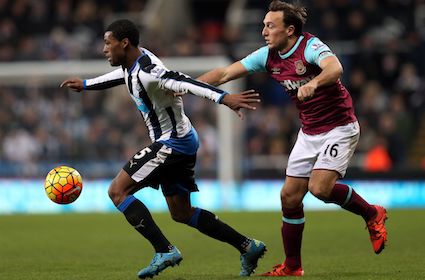 FINANCIAL double-dealing may be behind the continent-conquering success of Newcastle and West Ham, observers believe.

HMRC have raided both clubs’ grounds seizing financial records and computers thought to be linked to tax fraud, with Europe’s elite clubs finally understanding how they have been so comprehensively crushed by the duo.

Chelsea manager Antonio Conte said: “I knew something had to be up. Nobody wins a Champions League final against Barca 14-0.

“How those two went from British also-rans to titans of the global game none of us could fathom. Now we know it was cheating.

“Yes, they will always have those magnificent Premier League seasons where nobody beat them, not even each other, on their records – 108 points each, incredible – but that success was built on lies.

“Was it worth it? Would we all cheat a little to fly as high as West Ham and Newcastle have? Perhaps. Perhaps.”