RIO Ferdinand does not have the commanding sleaze of a world class sexual predator needed to captain England, Fabio Capello has claimed.

The England coach wants to hand the skipper’s armband back to John Terry, insisting he can motivate the squad with his unwavering commitment to fucking their wives and girlfriends.

Capello said: “Rio is far too interested in running fancy magazines and tweeting statements that, for a centre back, are quite stunningly nuanced and intelligent.

“At no point has he picked my brains about finding really good whores in Sardinia or asked me to hold his coat while he pumps some giggly skank in the bogs of a service station.

“He has simply been tall and shouty.”

He added: “John Terry will be a commanding presence on the pitch and in the dressing room, as well as building personal relationships with the players, asking where they live, what time they get home from training and whether their wives like it up the dirtbox.

“I truly believe he will lead the squad with great stature before tearing it apart just in time for the European Championship finals.

“I hope it’s my wife he’s fucking at the time. Wouldn’t that be brilliant?”

Hackman to star in Midsomer Burning 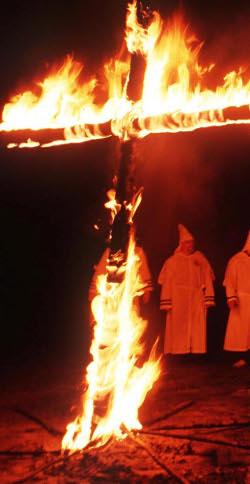 GENE Hackman is to reprise his role as a tough FBI man in the upcoming racist drama Midsomer Burning.

The film will focus on a series of gentle, racially motivated murders in the sleepy home counties villages of Midsomer Magna, Ferne Basset and Great Pelfe.

Inspector Tom Barnaby is called out of retirement when a young black man is found clubbed to death with the Midsomer dominoes trophy.

As suspicion immediately falls on everyone in the film the murderer strikes again as 12 young black men are found hanging from the oldest oak tree in the county with swastikas daubed across their chests.

Barnaby pays a social visit to the secretary of the Midsomer Anglo-Saxon White Power Club before concluding the murders must be the result of a feud between rival bird watchers over the best patch for tagging chiffchaffs.

But the veteran detective’s old-fashioned methods are called into question when Hackman’s character arrives and starts threatening to cut everybody’s balls off with a rusty knife.

In a key scene Hackman raids the Ferne Basset Flower Show committee, turning over tables and smashing teapots with a baseball bat before grabbing the chairwoman by the lapels, pinning her against the wall and calling her a ‘redneck motherfucker’.

Producer Tom Logan said: “Like many people I spent Sunday evenings watching Midsomer before I suddenly realised it was incredibly racist.

“But then I kept watching it anyway because it’s like crack.”

He added: “This film is about scratching half a millimetre beneath the genteel, civilised surface of a typical home counties village to find that every single one of them makes Norman Tebbit look like Peter Tatchell.”