BRITAIN’S dominance of international pommel horsing is confirmation that Brexit will be a huge success.

As Team GB’s pommel horse ‘jockeys’ took gold and silver on the greatest day in British history, pro-Brexit politicians stressed it was not only evidence of the nation’s almost extra-terrestrial abilities, it would also form the basis of the UK’s negotiating stance with the EU.

Foreign secretary Boris Johnson said: “The EU will play hardball over the single market and freedom of movement, but I will not hesitate to remind them that we are better at the pommel horse than all of them put together.

“We’re also better at rowing, especially if it involves at least eight people, and we’re so good at cycling that it will inevitably become the largest sector in the post-Brexit economy.”

Johnson added: “When we combine our Olympic success with the existence of the Duchess of Cambridge and our world-beating payment protection insurance industry, we come to an obvious conclusion…

“Britain could easily form its own planet from bits of asteroid and then rule the galaxy.” 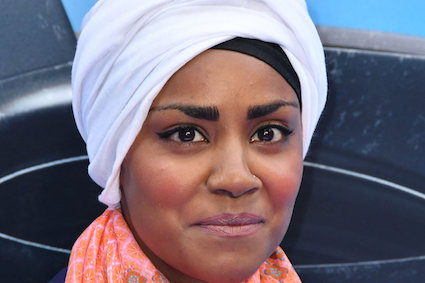 FANS of Desert Island Discs fans are reeling from the news that some people are ghastly.

After Bake Off star Nadiya Hussain revealed she experiences racism on a daily basis, because she lives in Britain every day, which is full of racists, the BBC have set up a helpline for its shocked listeners.

Martin Bishop said: “I don’t wish to call Nadiya a liar, as she seems like one of the nice ones, but I’ve never heard any racism in our village – and we live fairly close to Chesham, so we have our ghettos.

“Maybe she’s simply mishearing them under that headgear of hers and they’re just shoving into her and shouting things because they want an autograph or a recipe for drop scones.

Radio 4 will delve further into this new phenomenon, commissioning a six part series called Colour. Me. Bad? to see if not being white in any way affects your employment prospects or the likelihood of the police assuming you are up to something.