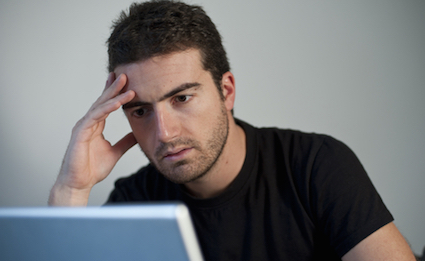 A USELESS parent is uncharacteristically worried about whether the MMR jab is safe.

Father-of-three Tom Booker vehemently believes the vaccine will harm his children, whose main source of stimulation is being placed in front of the TV with a packet of Cheez Strings.

Booker said: “It breaks my heart to think of my little angels getting some vaccinitis and not being able to follow their favourite TV programmes. Iggle Piggle’s like a father to them.

“Parents instinctively know what’s best for their kids. If microwave pizza isn’t good for them, how come they’re happy to eat it three times a day?”

Booker said he had thoroughly researched the risks of the MMR vaccine by reading an article on the Daily Mail website and remembering bits of Rain Man.

He added: “I don’t see how you can stop people getting ill by injecting them with illness. If you look at history you can see that vaccines never work and only heroin addicts use needles.

“These doctors should be ashamed of themselves. And I’m not just saying that to diminish my guilt at giving my daughter a kitchen sponge for her birthday and claiming it was SpongeBob Squarepants.” 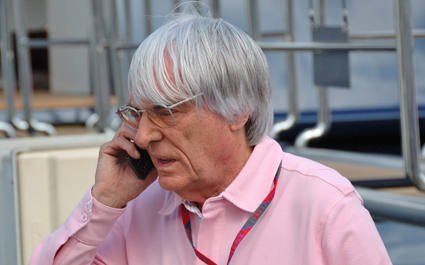 BERNIE Ecclestone has made his debut as a Playboy centrefold.

This month’s edition of the magazine features the sexy Formula One boss in a variety of coquettish poses, such as reclining nude on a verandah with a Scalextric car half-covering his scrotum.

Ecclestone said: “The shoot felt so liberating and not at all sleazy.

“My penis wasn’t Photoshopped, it is actually 34 inches long.”