A FATHER attempting to get his daughters into Catholic school told the admissions board that the Pope is ‘fucking ace’.

Stephen Malley of Portsmouth is hoping his clear enthusiasm for the religion will conceal his rustiness on the basics and win his two children places at the superior local primary.

He continued: “I mean this new guy is just the boss, isn’t he? Nothing against the one before, he was a cracking Pope, but this Francis fella is kicking arse.

“It’s like a proclamation here, some compassion here, making new saints, he’s got the lot covered. I wouldn’t be surprised if he’s not performing loads of miracles he’s too humble to brag about.

“I’ve been Catholic my whole life obviously, but there’s just so much new energy in it now. Really given the old church its bollocks back.

“Honestly we were going to take the girls to Rome to see him last year but there weren’t any deals, so we did a fortnight in Malaga.”

Deputy headteacher Joseph Turner said: “He knows nothing about Catholicism and clearly hasn’t been to church in years. But he really loves the Pope, so fuck it.”

Man to just have chips for dinner 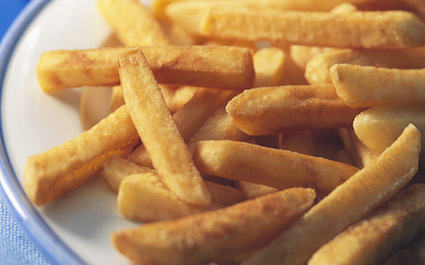 A GROWN man has announced that he will be having nothing more than a plate of chips for his dinner tonight.

Stephen Malley of Nuneaton clarified that he will not be having steak and chips, burger and chips or anything else and chips, but simply chips.

He added: “It’s Friday night and I want chips.

“I’ll have vinegar with them, and obviously sauce, but I don’t see why they should be relegated to a side dish. Chips are fine on their own.

“They might not count as one of my five-a-day, although they are vegetables so I’d have to check that, they might not have much protein in, Gordon Ramsey might not approve, but I want chips and I’m having them.

“Yes, I am single but I don’t see what that’s got to do with anything.”