THE yearly six-week break in the soap opera season is causing the usual widespread grumpiness among fans of popular drama.

Unlike football, which has been continuously on air since 1960, soap operas have a yearly hiatus during which actors and scriptwriters can recharge their batteries.

The break also allows soap fans to take an active role in actual forms of human discourse which do not involve repeatedly asking, ‘and what’s that supposed to mean?’ Without such a break, it is feared that soaps could degenerate into a frontal lobe-deadening grind of sturm und drang and joyless intrigue with no ultimate resolution.

Soap addict  Emma Bradford said: “I hate this time of year. What am I going to watch? Celebrity Cash In The Attic? May The Best House Win? Wimbledon?

“Why don’t I just pull up a chair and watch the freezer defrost?”

“Lord forbid she should pay some attention to me, for a change. Never mind Sharon or Zak’s feelings, what about my feelings?

“That said, I do like to watch soaps sometimes just to ogle their legs, even if I don’t understand what’s going on.”

Emmerdale fan Roy Hobbs said: “Football fans are completely ignorant about the basics of soap. They understood what was actually going on, they might enjoy it.

“Now they’re talking about winter soap breaks. I don’t think I could face Christmas without getting to watch a familiar character drop prematurely dead to the distant, ironic sounds of seasonal celebration in the pub.” 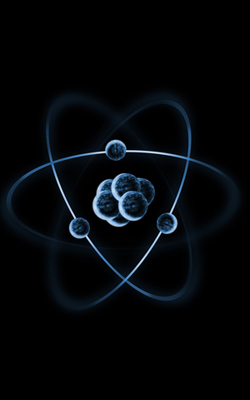 THE Higgs boson has discussed its rollercoaster ride to fame and revealed exciting reality TV plans.

Within an hour of its CERN debut, the Higgs boson signed to physics-based ITV2 structured reality show The Only Way Is String Theory and released a ghost-written memoir Behind The Formulae: My Super-Collision With Fame.

Speaking at a press conference, the particle said: “I want to thank the CERN team, the entire field of theoretical physics and most of all my agent, Max Clifford.

“Also I want to give a special shout to the other types of particle who’ve been plugging away since the big bang, literally holding the fabric of the universe together.

“Yeah, show some love for those guys.”

Particle talent agent Tom Logan said: “Since Higgs boson became a media phenomenon, the rush is on to sign other small localised objects.

“A lot of smart money is on dilatons being the next breakthrough particle, even though currently they’re purely hypothetical. They just have a great vibe.

“Personally I’m holding out for majorons, the discovery of which could help us understand neutrino masses, which is sure to be a hit with the teen crowd.

“But apparently his discovery proves that I have mass. Does that mean I’m somehow fatter than yesterday?”

‘God particle’ does not believe in God

Scientists In Race To Discover Particle No-One Else Cares About