POPE Benedict XVI is leaving his post at the Vatican to work for the devil.

Joseph Ratzinger handed in his 30 days’ notice to God, telling a surprised deity that he would be taking up a key role with His arch-rival.

The Pope will become marketing director at Satan’s newly-founded Temple of Darkness, a global devil-worship brand.

He said: “Poping has been great fun and over the last eight years I have met a lot very strange people with some fascinating secrets.

“This isn’t about money, it’s about the creative challenge. I’ll be using my understanding of dogma to create a manifesto for a great new sin-based brand.

“Satan runs a fun, hip organisation – he’s like the Google of worship. There’ll be chilled out brainstorming sessions and loads of muffins.

“Also, I hate hymns, so it’ll be great to organise services where we listen to Cradle of Filth.

“And it will be nice to finally work for a company where I can say, ‘yeah, we’re supposed to do stuff like that’.”

He added: “Thanks to all the priests and nuns, I hope we stay in touch. Thanks to God – I couldn’t have done it without You. And of course, thanks to Tony and Cherie – you guys are mental!”

Satan said: “The Hitler Youth and the Vatican. I should be working for him.”

Pope Congratulated On Size Of His Balls 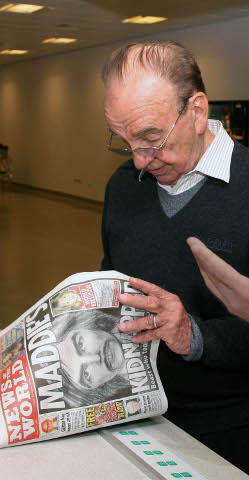 PAGE 3 is not doing enough to mess with people’s heads, according to Rupert Murdoch.

The News International boss believes the sexual objectification of women needs to be done in a less stupid and more subtly malevolent way.

Murdoch said: “The semantics of big knockers have become increasingly complex and we need to catch up.

“In a post Mail Online-world, it’s frankly quaint to say ‘here are some tits, phwoar’.

“The Femail Today sidebar has proven to the media industry that you can have your tit-cake and eat it by combining scantily clad females with themes of body neuroses and self-loathing.

“Then you’re not excluding women, rather you’re inviting them into a death-spiral of self-loathing.”

To reflect changing attitudes to women’s bodies, ‘Page 3’ will be retitled ‘Look At This Fat Bitch’.

Murdoch said: “The picture content will be exactly the same, except the comical text where the girls quote historical philosophers will be replaced by snide remarks from an internet commenter with an emotionally barren life.”